The Return of the Sun:

among Inuit in Arctic Canada 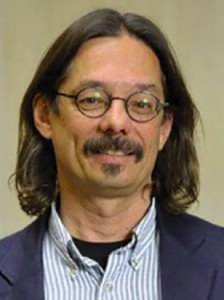 is  a  clinical-community-cultural psychologist  and  medical  anthropologist.  He has  been  conducting  participatory  research  with  Inuit  in  Arctic  Canada  for  20  years  on suicide,  suicide  prevention, kinship, culture  change, and youth  resilience. He has co-edited two books, Suicide in Canada and About Psychology: Essays at the Crossroads of History, Theory and Philosophy, is co-editing the book Critical Suicidology, and is writing the book Return of the Sun: Suicide and Social Transformation Among Inuit in Arctic Canada.

The Return of the Sun:

Suicide and Suicide Prevention among Inuit

Indigenous peoples in the Arctic, including Canadian Inuit, have among the highest suicide rates in the world. It is primarily male youth who are killing themselves. The suicides began in the mid-1980s, and the rate continues to increase with 2013 being the worst year to date. Inuit  lived  in  traditional  family  camps  on  the  land  until  the  1960s,  when  the  Canadian government  took  control  of  their  lives.  Inuit  were  moved  into  crowded  settlements  run  by white government workers and their children were taken away to residential/boarding and day schools.  A  cash  economy  was  started  that  with  very  few  jobs  created  poverty.  Older  Inuit attribute their social problems to when they were moved to the settlements. Yet Inuit have begun to reclaim control over their lives, including having an Inuit political territory called Nunavut.  Communities  have  begun  on-the-ground  sovereignty,  including  developing  their own programs  for suicide prevention. Several communities have reversed the suicide trend and  have  almost  stopped  suicides  from  taking  place.  I  will  discuss  some  of  these communities,  showing  what  Inuit  have  done  for  suicide  prevention.  Collaborative community-based action is the best strategy for Indigenous communities for their well-being.