Seeing the Image of the 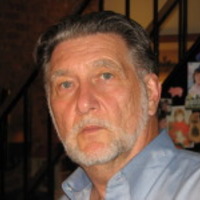 Emeritus and Murray Koppelman Professor at Brooklyn College, City University of New York is an activist-scholar who works on many urban community issues. He researches, lectures, writes and photographs about urban life and culture globally. Among his many books are Self and Community in the City (1982), Ethnicity and Machine Politics with Charles LaCerra (1992), Race and Ethnicity in New York City (2005) and Ethnic Landscapes in an Urban World. (2006) coedited with Ray Hutchison, Seeing Cities Change: Local Culture and Class (2012), and Race, Class, and Gentrification in Brooklyn (2016) with Judith N. DeSena. He is co-editor of Urbanities and serves on the editorial boards of Cidades, Visual Studies, and the Journal of Video Ethnography. Professor Krase is an officer of ProBonoDesign Inc, and is active in the American and International Sociological Associations, Commission on Urban Anthropology, Humanities on Line, Society for the study of Social Problems, and International Visual Sociology Association.

Seeing the Image of the City Change, Again

The City and, perhaps even more so, its image have played powerful roles in human history. The tragic meanings associated with cities such as Sodom and Gomorrah as well as Hiroshima and Nagasaki are almost universally shared and understood. Over the same millennia, cities like Athens and Paris have as to art and ideas at times represented the best of all possible urban worlds. For much of the past century cities in general have had for want of a better phrase “a bad press.” Much of this has had to do with widespread anti-urban biases, shared by those as different as Thomas Jefferson and Mao Tse Tung. In many of the most important cities around the globe there has been a reversal of these historically negative images of the city as a place to fear or to flee. Ironically these positive views are having a negative effect on many of its long-time residents in the form of gentrification and displacement. At the same time other cities have again become a refuge for those escaping violence and poverty. In my work I ask, “How does the image of the city in which people live and work impact on their lives, and how do images of their denizens create or reflect the image of the city itself? “ As to justice in the City, I interrogate the role of visually oriented social scientists, photographers, photojournalists and others who create and disseminate images of the city.